These fun learning games for kids involve a wide variety of ordering and sequencing numbers activities.They provide opportunities both to recognise a number sequence and complete sequences of numbers. They range from a basic level for younger children to educational games that will provide more of a challenge for able Key Stage 1 children.

To practice the acquired knowledge about counting, numbers, simple arithmetic, play number games with your child, in which you need to use simple calculations. 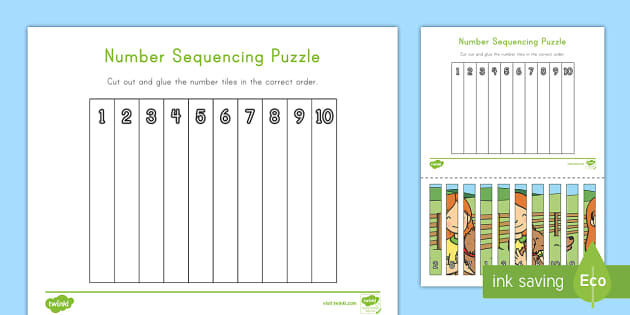 The following are examples of such games.

Use the egg box for this game. Write a number from one to ten on each cell. The box can be placed on a table or on the floor and a small ball or any small object can be thrown into it. The numbers on the cells will be points for hitting, respectively. Spend a few rounds, then add up the points scored and determine the winner.

Shooting range on the table

Make a table shooting range with your child. Draw a target on a thick sheet of cardboard - three circles located one inside the other, with a diameter of 2, 6, and 9 cm. In addition, playing chips are needed for the game, according to the number of participants. Place the target at one end of the table. From the opposite end of the table, you and your child will alternately throw a coin (button, checker) at the target. A player gets 1 point for hitting a large circle, 2 points for a medium one, and 5 points for a small one. Each participant rearranges his chip on the strip with cells for as many cells as he earned points. The winner is the one who reaches the end of the track first. To prevent the coin from falling to the floor, it is better to move the table to the wall.

Invite the child to guess different quantitative values ​​in everyday life by eye. For example, how many slices are there in an orange,

sweets in a box, matches in a box, steps on a ladder, etc. The winner is the one whose guess is closer to the truth.

A good exercise in counting are games with a cube (playing).

In this and subsequent games, use a dice with points from 1 to 6 on the sides. Prepare small things for the game - coins, sweets, etc. Roll the die in turn and take as many items from the game as fell on the edge of the die. The first player to get 10 wins. Then play in reverse order - subtract as much from your items as the die rolled, the winner is the one who gets rid of all their items first. 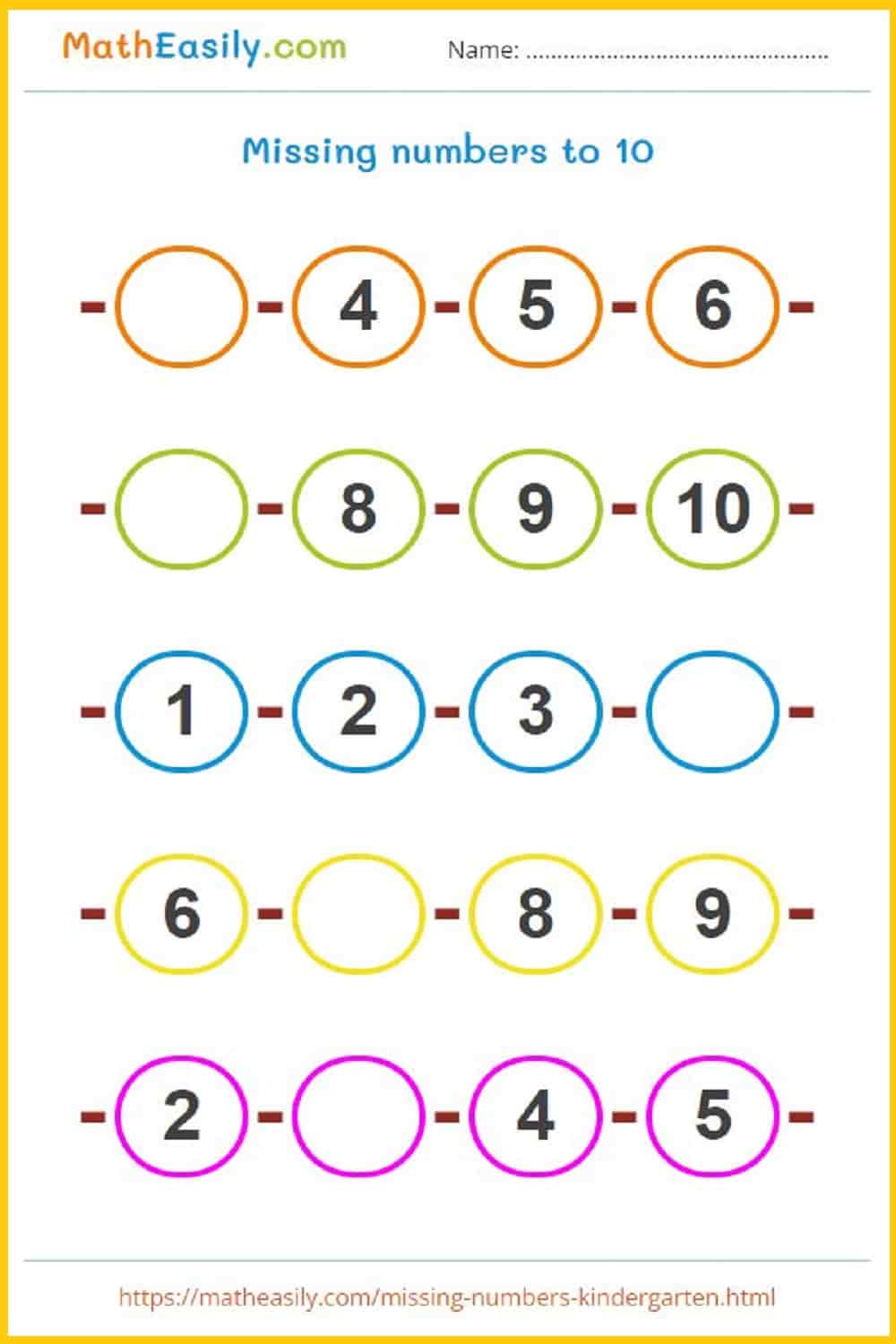 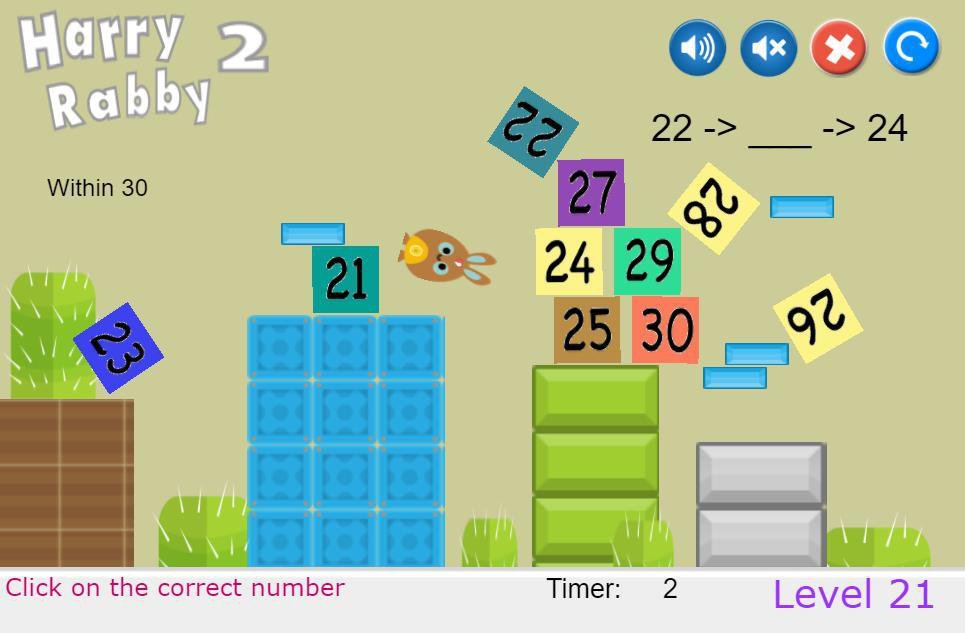 You can get the number 7 by subtracting two from nine. You can get it in another way (more profitable for this game): use all the cards of the player in the calculation: 2,3,9,13. 1) 3+9= 12 2) 12:2=6 3) 13-6=7. All cards that participated in the calculation, along with card 7, become the prey of the counting player and are not returned to the game (the player puts them aside). Now he makes a move, laying out a card in front of his partner. After each turn, the players take out as many cards from the common pile of cards on the table as they have not enough up to 4.

If the desired number cannot be obtained in any way, the player skips a turn. Whoever has the most cards at the end of the game wins. If more than two people play, the order of moves is preliminarily established. For example, if the second player misses a move, then the first player plays with the third, and so on. Five people are playing. A sign with the following numbers is attached to the back of the players' clothes: 3, 7,1,4,6.

None of the players knows what number he got, but the sum of the numbers 21 is reported to everyone. The task of each player is to determine his number before the others (find out his number). The player can find out this only in one way - by seeing what numbers on the backs of other participants and the sum of these numbers to subtract from the announced total - 21. This is not easy to do, since none of the players is interested in others knowing his "number". Therefore, everyone moves quickly and carefully, trying to get behind the others in order to hide their number and see the rest. You can't lean against the wall. Game time is limited. The first person to name their number wins.

This game is for a group of children who can add two digit numbers. There are two teams of five people. All players of each team are hung on their chests with numbers from 1 to 5. Two chairs are placed in front of each team. The host announces some arithmetic action, for example: add 14 to 20. 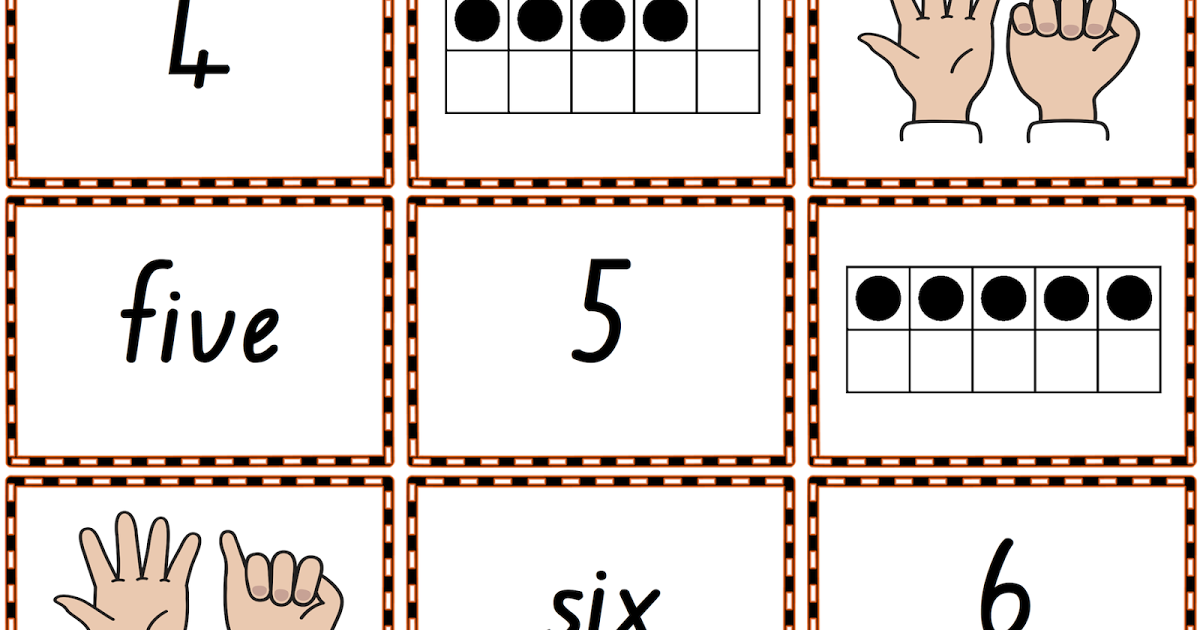 The players of both teams must calculate the result in their minds, calculate the resulting two-digit number - in this case 34, and those players whose numbers on the plates can form this number (numbers 3 and 4) run and sit on chairs in front of their team. The team that completed the task faster gets a point. Examples of arithmetic operations are selected by the leader in advance, so that all players participate in the game at least once.

This game is for children who have mastered counting up to 20. Write the numbers from 2 to 12. Circle them. Roll 2 dice, add up the scores. Cross out the circle with the number you got. The first person to cross out all their numbers wins.

Quite a well-known game. Any number of participants can play. Everyone rolls the die in turn and adds the points that have fallen to their score (points can be recorded). But if someone rolls the number one, all his points are burned. 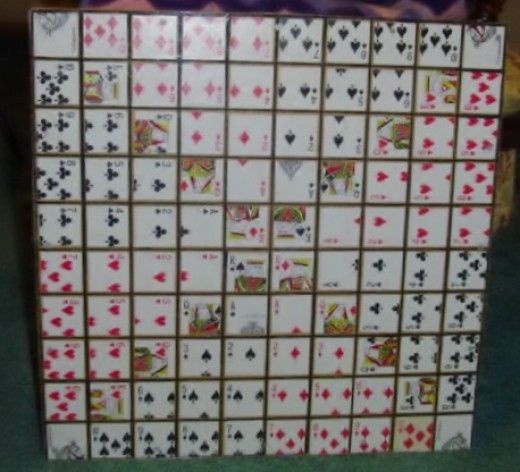 At the same time, all participants shout: “Piggy!” To make it more fun. The one who scores 100 points wins.

While playing with the dice, you can come up with new games or your own rules.

1. Trace all sides of the cage with a pencil.

4. Connect the points of the upper corners of the cell, then the lower corners, skip two cells, repeat several times. 6. Connect the points of the upper left and lower right vertices of the cell.

8. Put dots in the middle of two adjacent cells. Connect them. Skip the next two cells, repeat.

The following games contribute to the development of motor-visual coordination:

Place several dots on a piece of paper. Take the child's hand with a pencil 10-15 cm from the sheet, invite him to hit the points with the tip of the pencil.

Prepare a stencil with various geometric shapes, have the child trace them exactly along the edge with a pencil. Similarly, invite him to circle the shapes drawn on a sheet of paper in a cage.

On a piece of paper, draw two parallel lines indicating the way to the house.

The task of the “driver” is to drive the car along the road (the child leads the paper with a pencil without tearing off) without touching its edges. The width, length and shape of the road may vary. Similarly, you can play the "maze".

Draw ten circles, 1 cm in diameter, on a sheet of paper with a stencil. Put the sheet with circles in front of the child, give him a pencil. Let him try the first time to put a dot in the center of each circle, moving his hand with a pencil from the sheet 15-20 cm up. Do not make long pauses between movements. 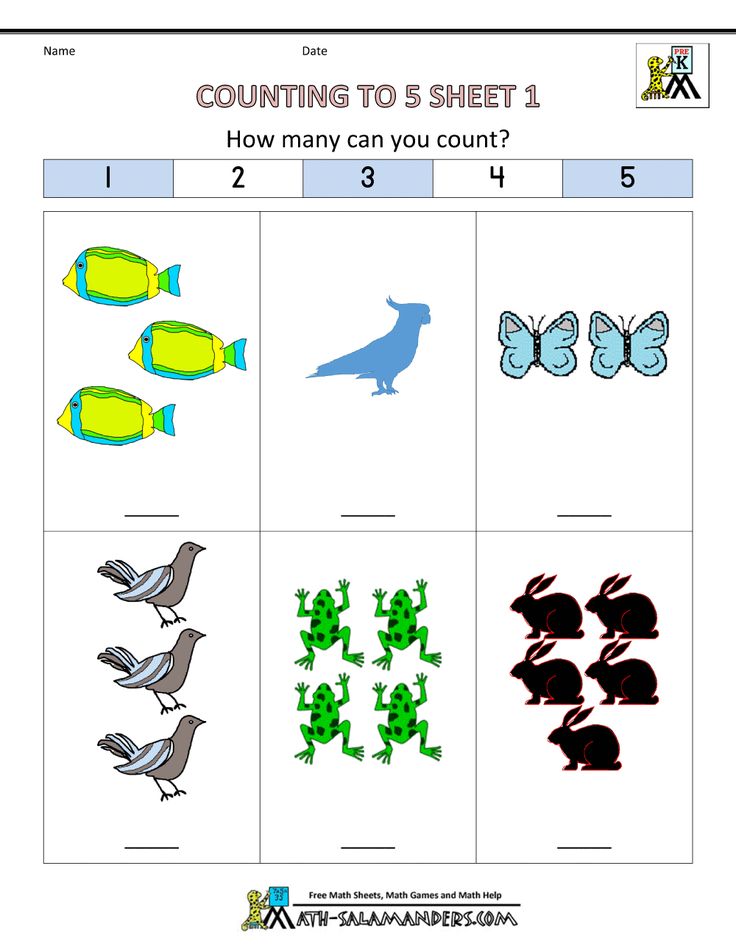 There are many types of dots games. You will need a piece of checkered paper on which you will draw a 16-dot playing field, each side of which consists of 4 dots and a pencil. Two people are playing, in this case you and the child.

Game 1 . Connect the dots. The players take turns. On each turn, the player connects any two nearest points (vertically or horizontally, but not diagonally). The one who connects the last two dots wins.

Game 2 . Only up, only to the right. Players take it in turns, starting from the extreme point in the lower left corner. The first player draws a straight line to the nearest point, and can only move to the right or only up. The next player continues this line, with the same condition. The player who reaches the top right corner first wins.

Game 3 . As needed. The players take turns. You can connect any two points - above, below, diagonally, etc. 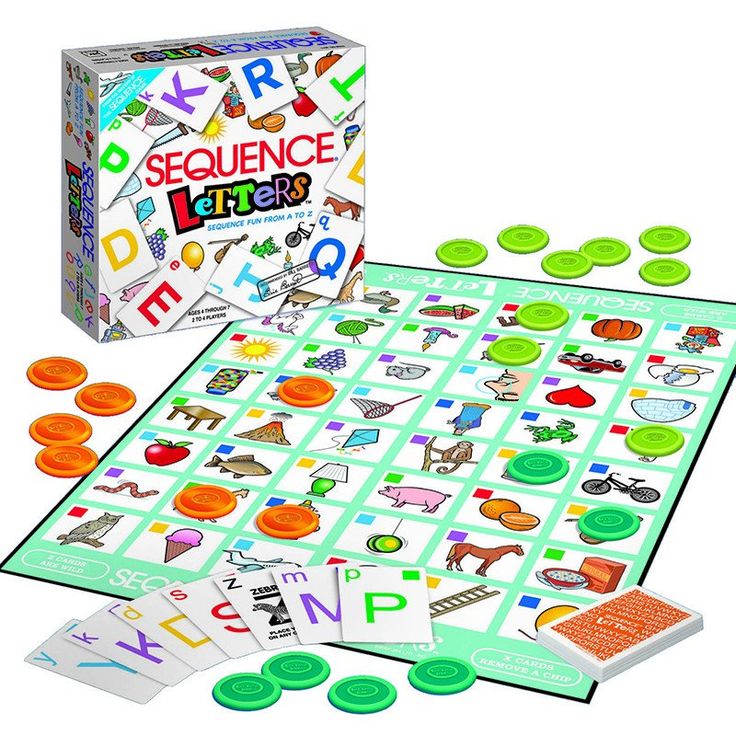 Players adhere to the following rules: lines should not intersect and close, they should only be straight, the next player draws his line, starting from any end of the line of the previous participant. The one who draws the last straight line wins.

Game 4 . Square. The players take turns. One player chooses the + sign, the other 0. The players mark the points with their signs, trying to form a square. The one who manages to do it wins.

All information is taken from open sources.
If you believe your copyright has been infringed, please contact write in the chat on this site, attaching a scan of a document confirming your right.
We will verify this and immediately remove the publication. Develop a game whose goal is to guess a random number from a given range of numbers. Give the opportunity to play with an opponent or against the computer.

Number format Finally got to the number format. I have already mentioned it more than once, now I will put everything on the shelves (although you could already understand the general meaning). 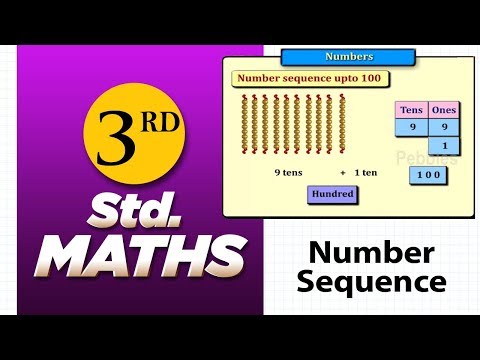 Numbers in Excel can be displayed in various formats. In this section, we will talk about what number formats exist and how

3. Representation of numbers in computers

17. Avoid Magic Numbers Summary Avoid using literal constants like 42 or 3.14159 in your code26. Such constants are not self-evident and make the code more difficult to maintain because it introduces a hard-to-detect kind of duplication. Use

Chapter 8 Game "Hurry to click" Formulation of the problem A form flashes across the screen, and the goal of the game is to have time to click on the window that appears with the mouse. To win, you must "hit" the window ten times. It should be taken into account that with each "hit" the speed of moving the window

Number conversions In the case of the built-in numeric types (sbyte, int, float, etc.), explicit conversion is required when you are trying to store a larger value in a smaller container, as data loss can occur. Basically it's a way of saying

SORT NUMBERS One of the most common tests for machines is sorting. We want to develop a program for sorting integers. Let's apply the black box principle again and think in terms of input and output. Our general idea, shown in Fig. 10.4,

Number Formatting We've already seen the XPath language function string, which converts its argument to a string. This function can convert to a string and a numeric value, but its capabilities are very limited. Fortunately, XSLT provides powerful capabilities