Tongue twisters are a great way to practice and improve pronunciation and fluency. They can also help to improve accents by using alliteration, which is the repetition of one sound. They’re not just for kids, but are also used by actors, politicians, and public speakers who want to sound clear when speaking. Below, you will find some of the most popular English tongue twisters. Say them as quickly as you can. If you can master them, you will be a much more confident speaker.

Tongue twisters of all sorts and sizes have been helping people to perfect their pronunciation in English for decades. Although they don’t make a lot of sense, tongue twisters are very helpful in speech therapy due to their repeated sounds. For this reason, they are used by actors, politicians and even news anchors before going live. Essentially, a tongue twister works like a physical exercise: the more you practice, the better your pronunciation will be. 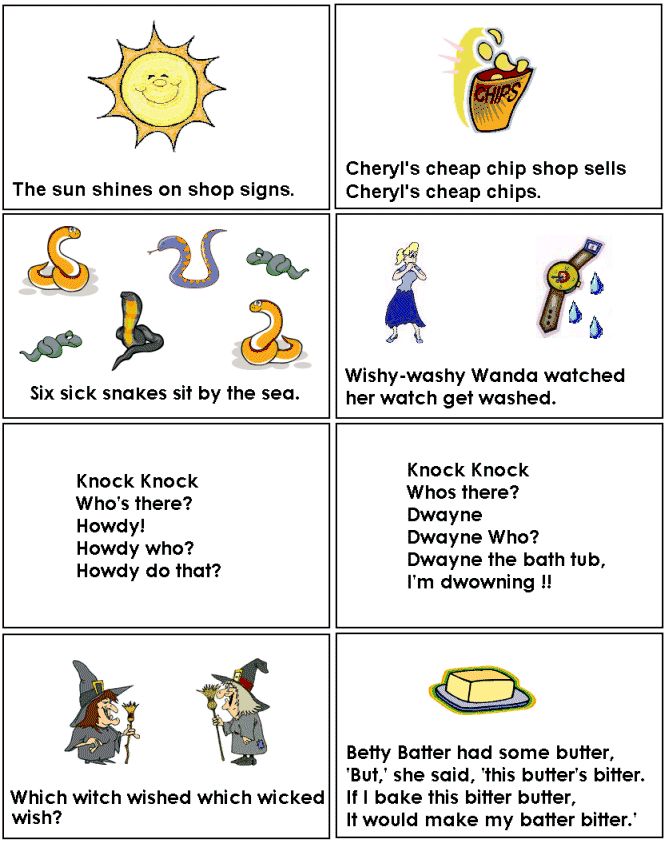 When it comes to long tongue twisters and talking fast, we can’t help but think about Eminem. Did you know that he raps with a whopping speed of 11.4 syllables per second in his song “Rap God”? We don’t know much about rap, but that sure sounds like something only the God of Rap could do.

But Eminem’s songs and long tongue twisters are challenging for those who are not ready for long runs. Are you? Can you defeat Eminem? Let’s find out. Take a deep breath and try saying the following tongue twister without stopping.

While we’re at it, we can help but wonder what the hardest tongue twister in existence is. Contrary to popular belief, it’s not supercalifragilisticexpialidocious.

At one point, “the sixth sick sheikh’s sixth sheep’s sick” held the Guinness World Record for the hardest twister, but since the category no longer exists, the title was probably revoked. 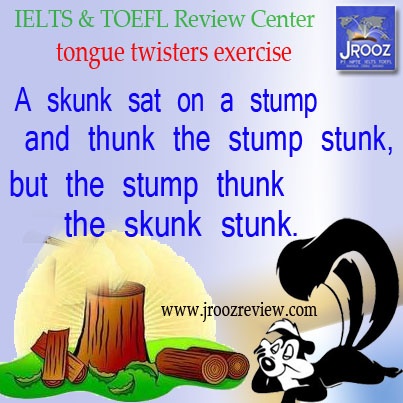 Don’t worry though! We are not running out of options. In 2013, MIT‌ researchers concluded that “pad kid poured curd pulled cod” is the hardest tongue twister in the world. In fact, Stefanie Shattuck-Hufnagel, an MIT psychologist, says you will get a prize if you manage to say that 10 times quickly. And not any kind of “quickly”. We’re talking super-sonic-Eminem-quickly!

Tongue twisters for kids are all sweet, fun, and games until you increase the speed. If you haven’t had enough training, even they can tie your tongue into a Gordian knot. Literally.

Take a little brother, sister, or your own kid, and let’s see who wins the challenge!

Our all-time favorite: funny tongue twisters! You’d think all tongue twisters are funny, but nothing compares to this exclusive selection. In fact, you probably heard these ones before. Everybody calls them „funny” for a reason!

Don’t forget to challenge your friends!

As we already mentioned, tongue twisters can be extremely helpful for speech therapy. If you are having problems pronouncing certain sounds like “s”, “r”, “l” or “th”, practicing with the right tongue twisters can ameliorate your speech impediment. Here are a few examples:

Tongue twisters with R and L

The world-famous Peter Piper tongue twister first appeared in print sometime in 1813, in a book called “Peter Piper’s Practical Principles of Plain and Perfect Pronunciation”, though it is believed that it may have already been in common use by that time. 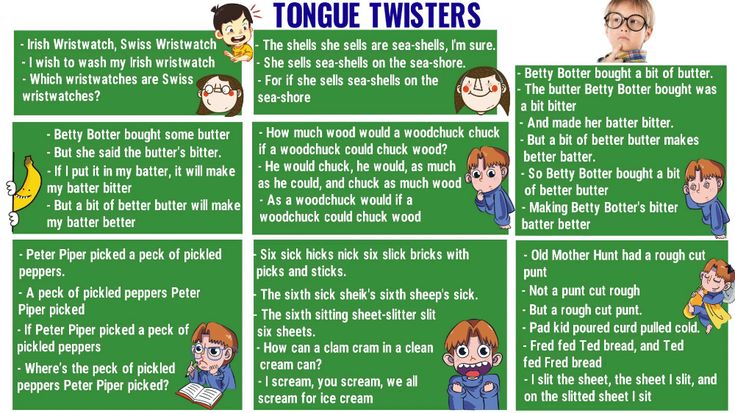 Fast forward to today, people all around the world still love to have a laugh and twist their tongues with this rhyme and many others. And now you do too.

93. (R,m,t) - Margarita collected daisies on the mountain, Margarita lost daisies in the yard.

95. (S, m, n) - In seven sledges, seven Semyonov with a mustache sat in the sleigh themselves. 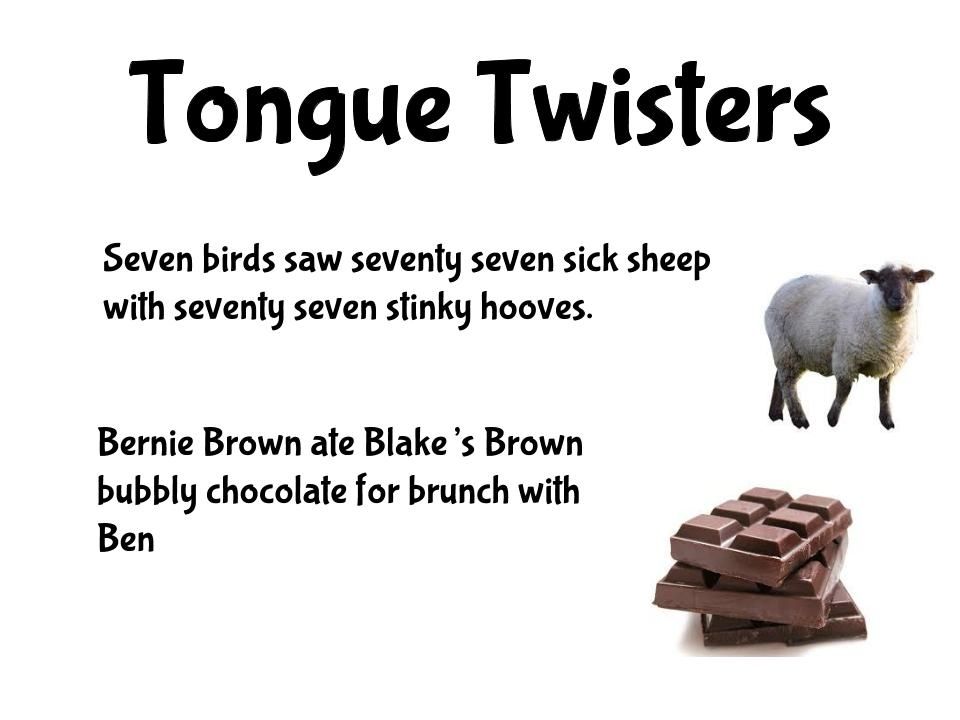 (S, c) - Senka is carrying Sanka and Sonya on a sled. Sledge lope, Senka from his feet, Sonya in the forehead, all in a snowdrift.

102. (S, n, k) - Senka is carrying Sanka and Sonya on a sled. Sledge lope, Senka from his feet, Sanka in the side, Sonya in the forehead, all in a snowdrift. 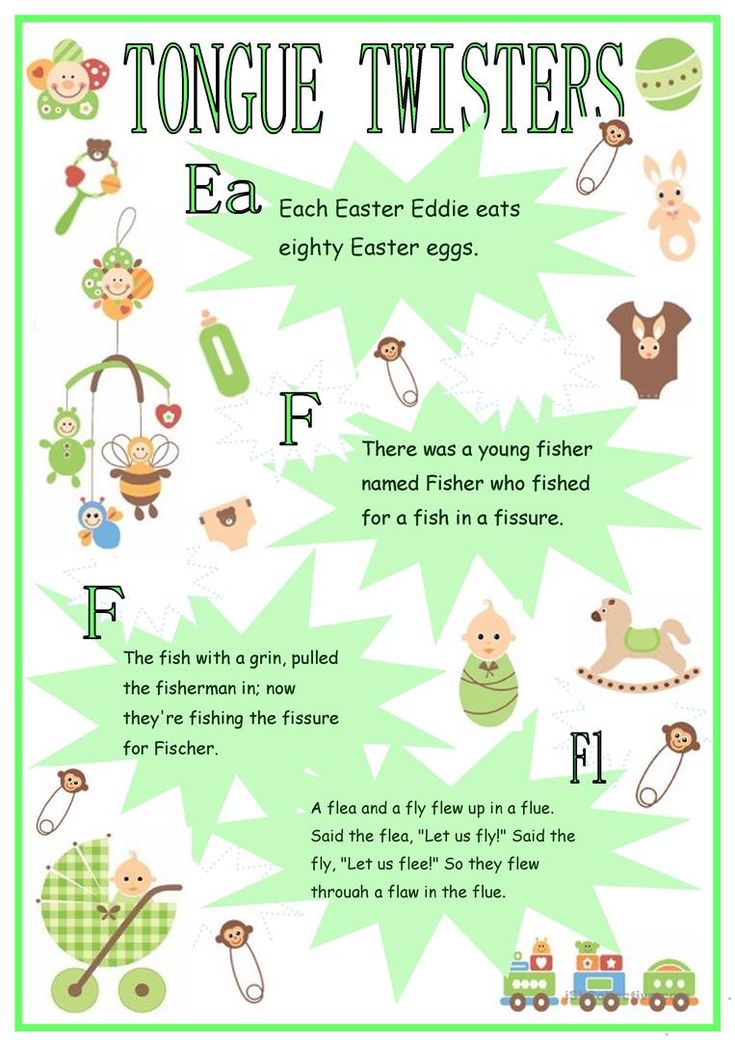 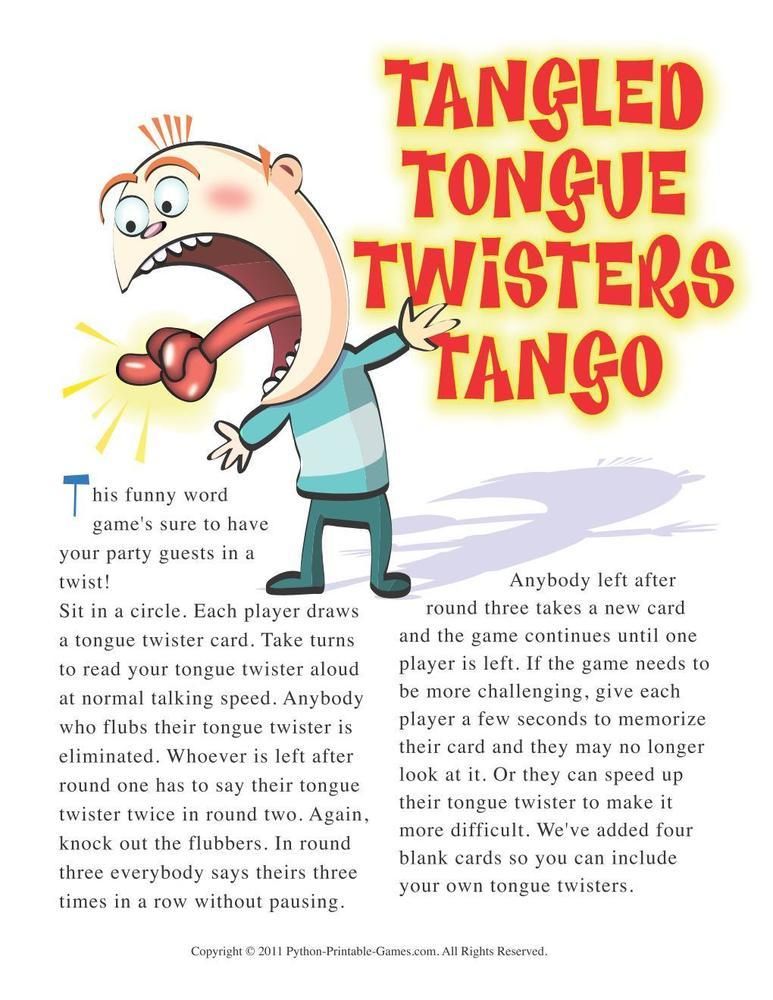 118. (Х,ч,п) - There was a commotion in the garden -
Thistle blossomed there.
So that your garden does not decay,
Weed the thistles.

123. (C) - Well done among the sheep, and against the young man the sheep himself. 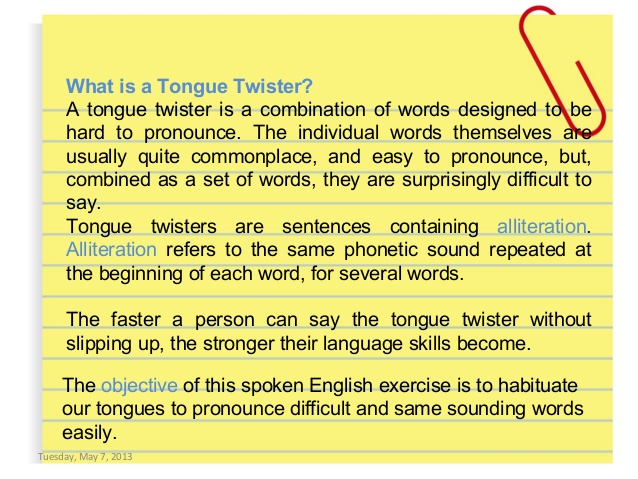 133. (Sh, s) - Sasha walked along the highway, carried the dryer on a pole and sucked the dryer.

136. (W, W) - A yellow dervish from Algeria rustles silks in a hut and, juggling with knives, eats a fig.

137. (W) - Shishiga was walking along the highway, his pants were rustling. The step will step, whisper: "Mistake". Ears wiggle. 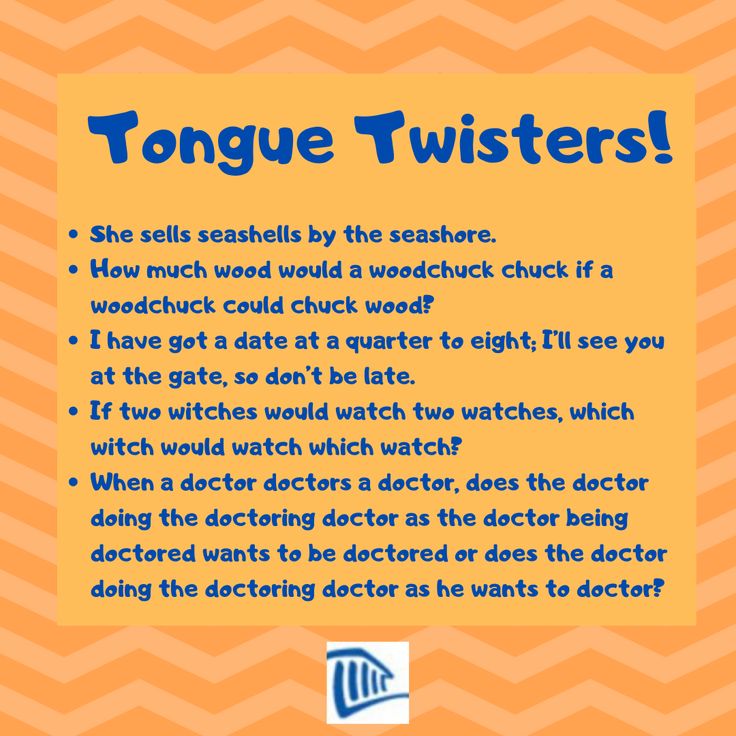 148. (Sh,r,k) - Earrings have disappeared from the little nesting doll.
Earrings Earring found on the path.

149. (Sh,s,k) - Sunflowers are looking at the sun,
And the sun is looking at sunflowers.

Under the sun, the sunflower laughed sunnyly while ripening.
Ripened, dried up, pecked. 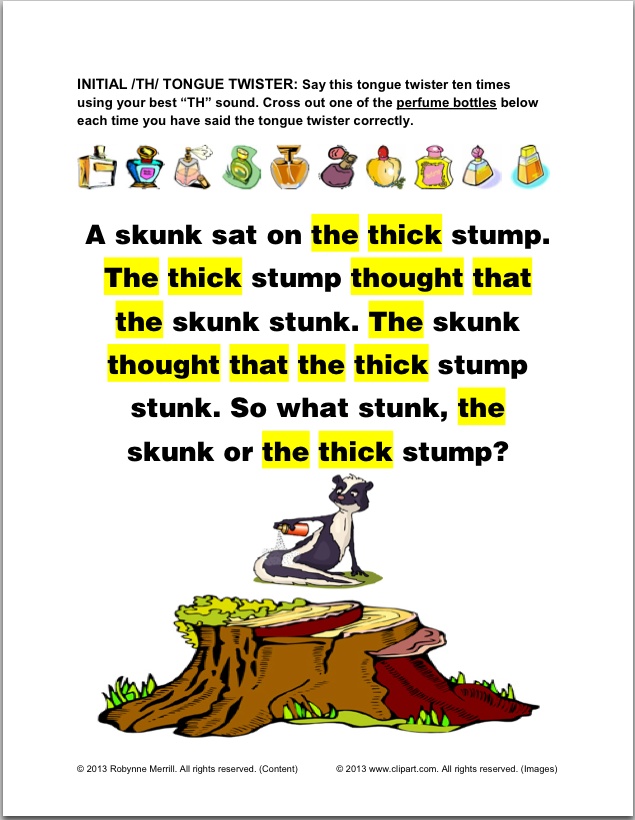 152. (Sh, p, k) - Yeryoma and Foma have sashes - wide across their backs,
The caps are recapped, new,
Yes, the hat is well sewn, covered with embroidered velvet.

156. (Sh,h,h) - Under the mountain near the pine edge
Once upon a time there were four old women,
All four big talkers.
The whole day on the threshold of the hut
Chattered like turkeys.
Cuckoos fell silent on the pines,
Frogs crawled out of a puddle,
Poplars tilted their tops -
Hear old women chatting. 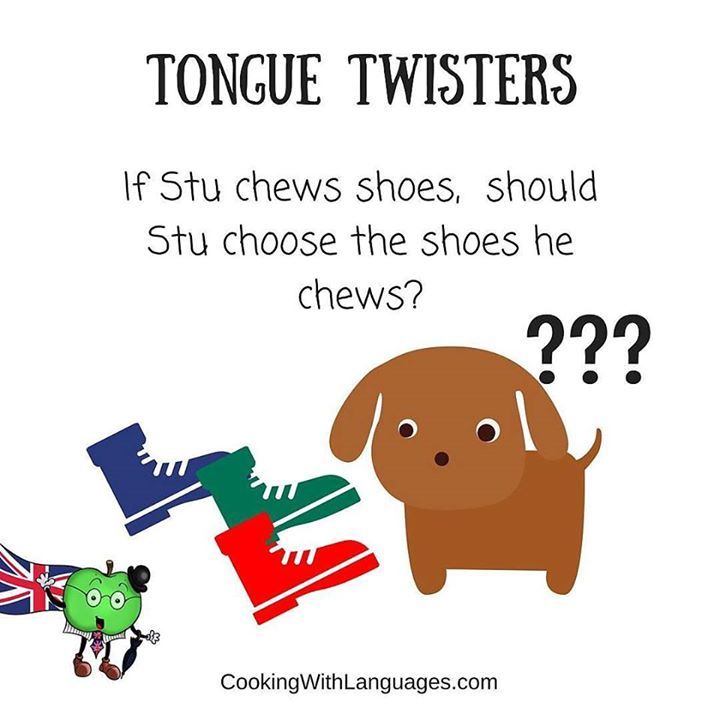 160. (Sch,g,c) - In a puddle, in the middle of a grove
Toads have their own living space.
Another tenant lives here -
Water beetle.

Tongue twisters for children and adults, difficult to pronounce phrases

Tongue twister is a specially invented phrase with a difficult to pronounce selection of sounds, a quickly pronounced comic joke (S. 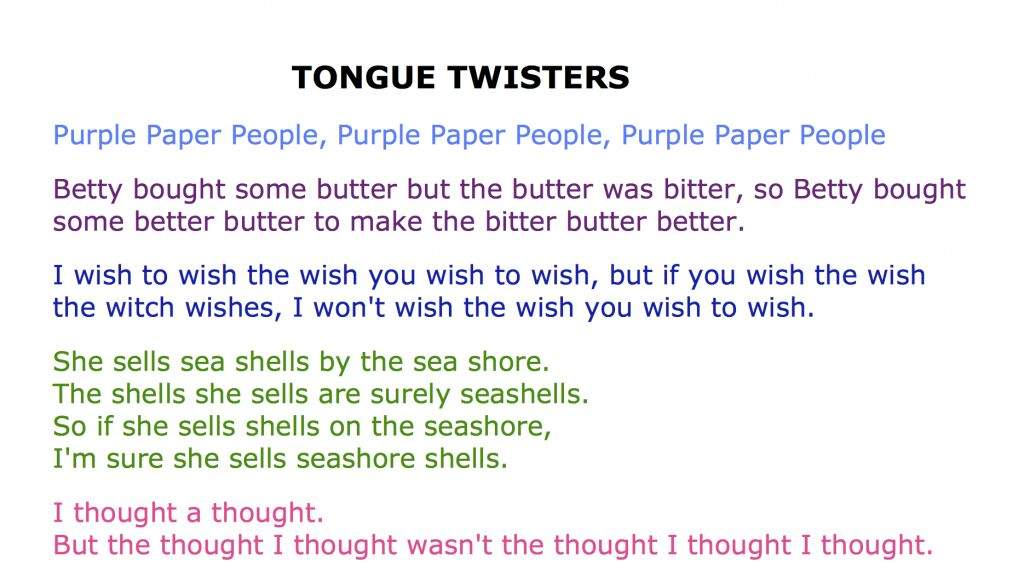 I. Ozhegov, N.Yu. Shvedova, Explanatory Dictionary of the Russian Language). Tongue twisters train diction, making the pronunciation correct and clear. Difficult-to-pronounce phrases involuntarily force you to pronounce phrases again and again: at first slowly and stumbling, then faster and almost without errors. Russian tongue twisters not only help to “hone” your language, but also introduce you to the richness of the Russian language and poetic images. The word game becomes an exciting process, makes it a fun pastime. Some tongue twisters have survived to this day from time immemorial, others were composed in the second half of the 20th century.

Sasha walked along the highway,
Carried drying on a pole.
And sucked dry.

Grass in the yard,
Firewood on the grass.
Do not cut wood
On the grass of the yard. 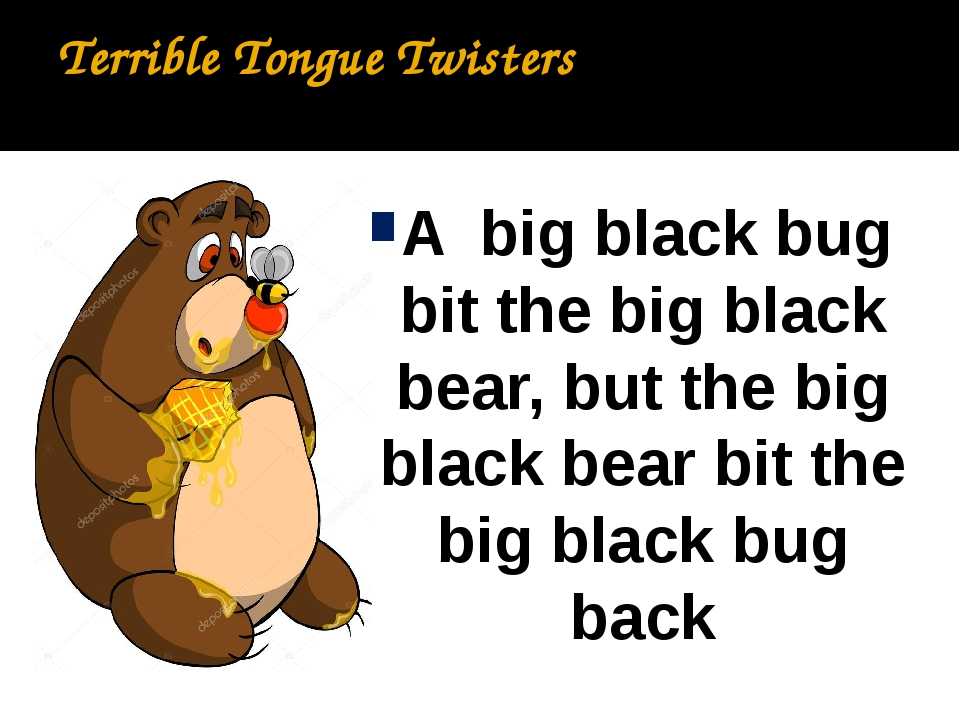 Dust flies across the field from the clatter of hooves.

Six mice rustle in the reeds.

The harrow harrowed an unharrowed field.

They gave Glasha yogurt, and Glasha got porridge.

There is a vine on the cart, a goat by the cart.

At Senya and Sanya in the nets of catfish with a mustache.

Wasp barefoot and without belt.

One Klim wedge pounded, pounded and knocked out. 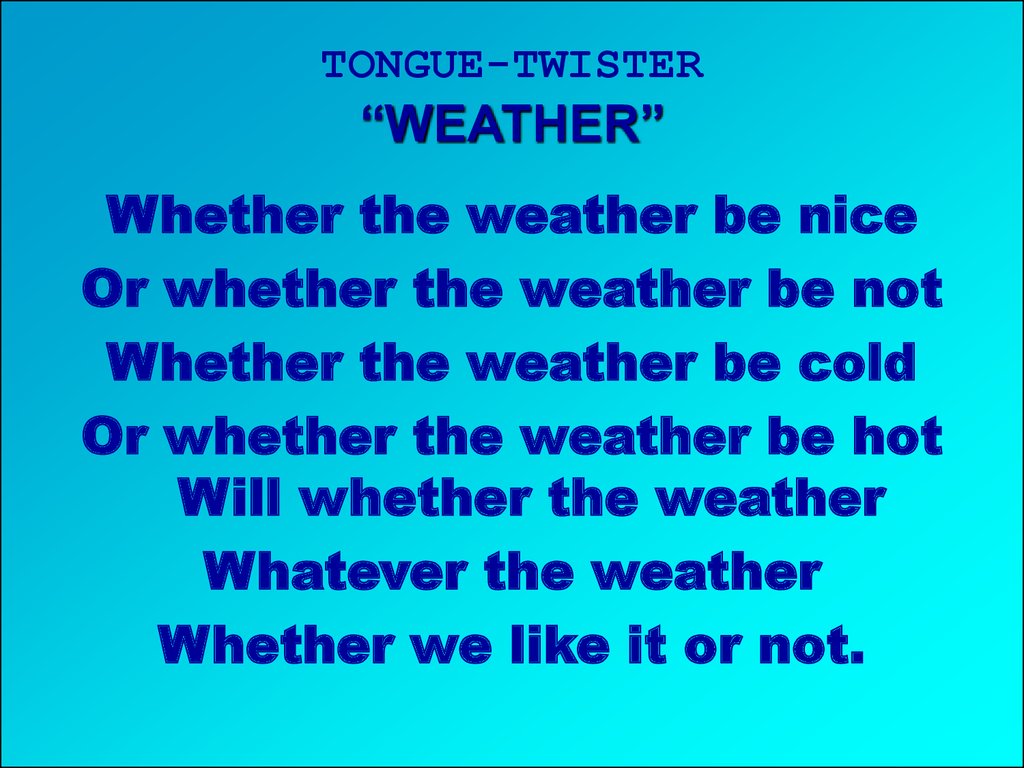 Kondrat's jacket is too short.

Kirill bought a pitcher and a mug at the market.

Polya went to weed parsley in the field.

The Buyan ram climbed into the weeds.

Do not look for goose whiskers - you will not find.

The little crow has missed.

The baker baked a loaf, a loaf, a bagel early in the morning.

Cheer up, Savely, move the hay.

A badger carried a dry bough. 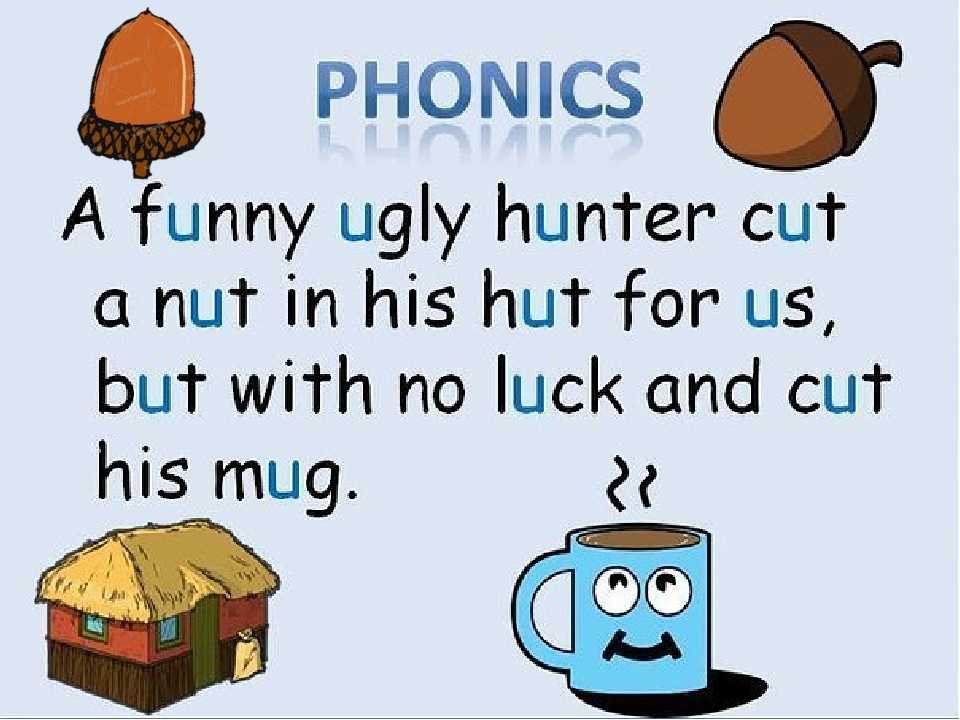 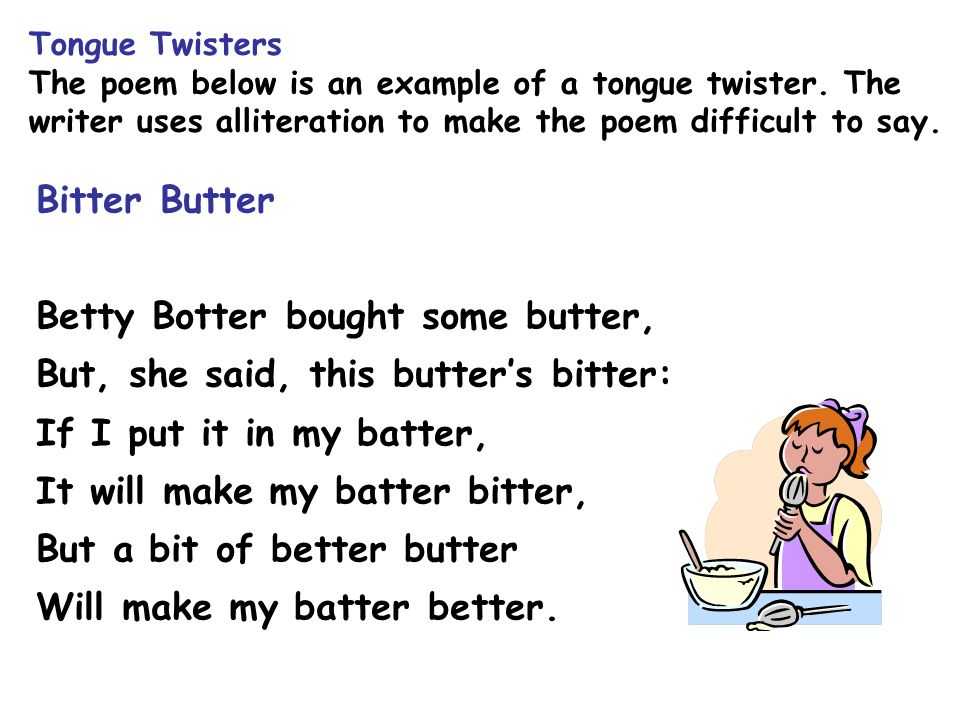